Posted by admin in Blog

Swanlaab Venture Factory is a new Venture Capital company created by leading Spanish entrepeneurs (among which, JAL21), and Giza Venture Capital, one of Israel´s leading VC funds, which aims at investing €40 Million in top technology companies in Spain with an international footprint in EU and Latam.

The combination of GIZA Ventures and the Spanish founders of Swanlaab brings 20 years of international venture capital experience, with more than 100 investments & over 40 successful exits, and a wealth of advisory experience launching more than 2,000 new ventures across 30 countries. 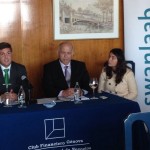 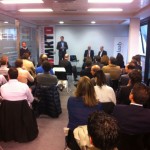 At the Jewish Business Club in Madrid 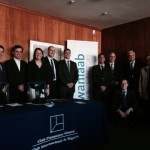 SwanLaab founding team, after the press conference on April 1st 2014

You can follow any responses to this entry through the RSS 2.0 You can leave a response, or trackback.

This site uses Akismet to reduce spam. Learn how your comment data is processed.